How to capture scrolling screenshot in any Android Device 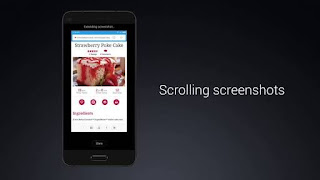 Now in the market, the phone which has already the option of the scrollable screenshot is,
Xaiomi miui8 devices
OnePlus devices
Samsung A-series and S-series
Vivo phones
Honor phones

How to take screenshots on an Android phone?

Most of these phones let you take a screenshot by pressing Power button along with Volume down or by pressing power and home button together (depending on Operating system.). Once the screenshot is captured, you will notice a preview window with an option to start scrolling down to take extended screen-shot. Few brands also add a screenshot toggle in quick setting to further simply process.

Well, if your phone doesn’t feature the long screenshot feature, you needn’t be disheartened. There are a number of third-party apps which facilitate capturing scrolling screenshots. Here are a few that you could use.

This application is most preferred for taking a long screenshot. In this app, you have to just start automatic mode and open the app whichever long screenshot required now just tap on the start button and start capturing screenshot gently without the flick and upon releasing the finger at last shows you captured area. At last, you to tap on the finish and your screenshot have been captured. 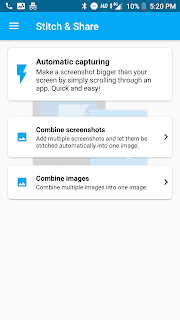 Also, you can also manually add photos and stitch them together to form handy scrollable screenshots. So after finding so many apps, i found it most useful and easy to use the app for taking a long screenshot.
To download the app:- Download link

Here is the promo for the screenshot