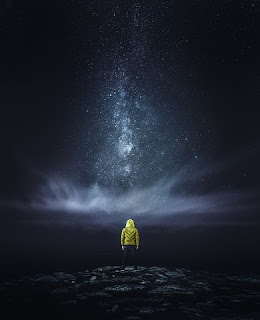 See Also,
What will happen if sun disappears? Read now!
What is age of universe? Do you know it? With proof!

Run Linux On Your Android Device.
What is API? Read now.

What Is Dark Matter?
Astronomers know what the meaning of Darkness is, but no satisfactory information has been received so far about what mater is. Dark matter is dark, it cannot emit light or any significant sign so it cannot be stars or planets.

Dark matter is not clouds of normal matter:-
Normal matter particles are named as baryons. Baryons have a tendency to noticed by reflection of light. But dark matter won’t carry baryons.

Dark matter is not Antimatter:-
Antimatter annihilates mater on contact, but astronomer hasn’t found any evidence of in account of the dark matter.

It is believed that dark matter condensed first to form “scaffolding” with the normal matter in the form of galaxies and clusters following the dark matter concentrations.

What is evidence of the dark matter?
An astronomer can see light bent from the gravity of the invisible objects.( a phenomenon called gravitational lensing).
They can also measure the stars are orbiting fasters than its usual motion around galaxies. This is all because of the invisible matter is existing there which will give them different rotation rate and some contributing mass.

What is dark energy?
Dark energy is can be thought of as “quintessence” or a fifth fundamental force following the known forces: gravity, electromagnetism and strong and strong and weak nuclear forces. It is an unknown form of energy which is hypothesized so that all space is being accelerated or say expanding of the universe as time goes.

Possibilities for dark energy are,

1.Scaler field:-
A scaler is a value that varies, or scales, in magnitude but doesn’t have directions. It’s only measurable like mass or volume.

2.Chameleon particles:-
These hypothetical particles vary in mass according to the surrounding density of energy. On earth, the particle is not detectable.

What is the evidence of dark energy?
Astronomers note that the universe expanded at different rates throughout the history. For the first half of the universe’s life, following the big bang and inflation era, the expansion slowed down. Then about 7 years ago, the expansion began accelerating.

In realistic normal matter is only 4.9℅, Dark matter is 26.8℅ while dark energy is 68.3℅ exist in nowadays.
I hope you understand what is dark matter and dark energy?

What Will Happen If The Sun Disappears | Interesting Facts

What’s Is Black Hole And How It’s Formed. Explained In Simple Way.